Seeing the Truth Behind It (Part Four) 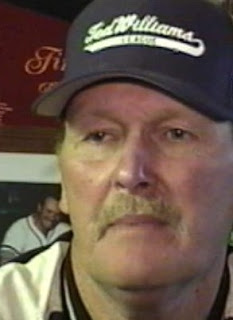 A Learning Moment in Oakland!


In 1994, Ted Williams would name Steve Ferroli, the number one teacher of his world famous hitting theory.  Click Here to Watch


I am going to put Josh Donaldson's trip to the blackboard on hold and here is why.  Teaching for years and years, I have noticed times during camps, clinics, games or practices where there is an occurrence that creates what I call a learning moment.  That is to say, something happens that very obviously proves a point or raises an important question.


We just had a learning moment in Oakland California...

I’m watching the Red Sox / A’s pregame and I’m hearing about how all of baseball is watching the Boston Red Sox offense.  They are talking about how this is unprecedented – amazing - and so on.  And it has been smoking from the starters right to the bench.

And then, seemingly out of nowhere, Oakland A’s lefty, Sean Manaea, throws a no hitter against them with a 90 mile an hour fastball and an 80 mile an hour slider.  Then the next day Dan Mengden was equally impressive with three different pitches.  The A’s held this unprecedented and amazing lineup to 1 run in 18 innings… 1 run!  The Red Sox had just swept the Angels aside like they were a minor league team.

How is this possible?

It does not seem possible. I mean, all that hitting, all those home runs, brought to a sudden stop.  They in fact, were damn near stopped completely from scoring.  And it was not 40 degrees in Boston, it was nice baseball weather - 70 degrees.  How can this happen?

Well we certainly can conclude that there is much more to hitting than launch angle.

And as I said in part three:
To execute and maintain a slight up swing the hitter will require;
1) A decent full body swing
2) Proper thinking at the plate
3) The timing of his balance
4) An understanding of lighting effect
5) An understanding of strike zone depth
6) A professional’s level of awareness in regard to the sweet spot of his bat.

Unfortunately, I only see about half these skills on TV.  (You can’t fool me.)  Again, I’ll give MLB hitters a 5 on a 1-10 in the execution of Ted’s theory. 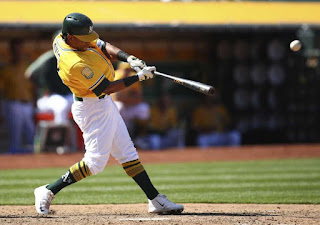 While there is more to it than just this, for our purpose here, I would like to specifically focus on number 2 “proper thinking at the plate”.   Ted said; “Hitting a baseball is 50 percent from the neck up”. To Ted this was called proper thinking.

As Ted’s chosen successor, I will tell you that proper thinking can be broken down into three sub categories or skills: 1) Watching the pitcher pitch 2) Reading and seeing and  3) Two strike hitting.

On an average, if I was grading MLB’s hitting test papers the section on "proper thinking" would say "SEE ME" in red marker beside the big, red X.

Ever drive a car that needed a tune up?  Pop, bang, shake, sputter - maybe die - same idea.  And this is a good analogy because proper thinking in hitting is complicated.  Proper thinking in hitting has its own spark plugs, wires and distributor.  When these parts are operating as designed your engine (your swing) will purr like a kitten.  When one or more are off… #$%^@&* !

On an average, Mengden and Manaea don’t really have any better stuff than most other pitchers on any given day.  ( I could make a case for less.) But they sure used the stuff they had in such a way to attack the parts of hitting where most MLB’s hitters are weak and/or don’t understand.  It worked.

Simply put there is still a lot of work to be done - many things to be learned and understood.  It is not really all that hard.

So if you’re a player, an agent, a team owner, a general manager or a team manager you could grab Ted’s book and my book (you will need both) and start digging and interpreting.

Or you can help kid’s baseball by hiring me to show you quickly.  There is value in technique - lots of it.

Earlier in this blog, I stated that while hitting seemed to be lost in space I headed to children’s baseball and started redesigning some obvious flaws at various levels of play.  While all the above is fun to talk about, I really don’t have a lot interest in MLB.

I am more interested in the game of baseball than the business of baseball.   I do think MLB baseball has its place.  It is still many a kids dream and is copied and looked up to by all the leagues below.  Here is my main interest and concern.


Unfortunately, in my opinion, kid’s baseball is a dying game.  It is a train wreck of poor design and presentation. And it just continues to pile up.  I can't wait to do a blog on the new kid's bat rule.  I don't have enough Mad Magazine for this one...

The Ted Williams League a non -profit organization (and the best baseball work of my life) it has every answer to these problems.  It needs help.  It needs MLB help.

Here is my mini business plan; you hire me as a consultant and all money goes to the Ted Williams League.  I help you. You help kid's baseball.

Also, interested Ted Williams League sponsors that may happen to this blog please contact me as well.

Josh Donaldson be ready next class...